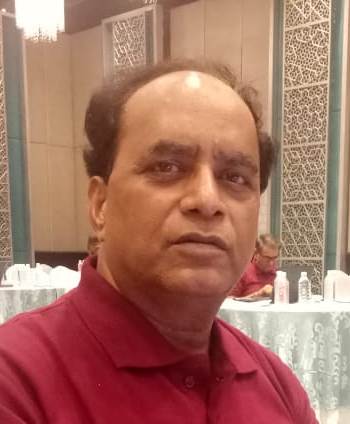 Animesh is a hard working person. After completing his B. Tech., he got a job in reputed IT Company at Pune. After about two years, he was selected by a bank with little bit better salary and he joined the bank at Indore, his home town. But during the Covid 19 pandemic, he lost his bank job. Then he joined another IT company with comparatively less salary at Gurgaon. However, he is quite dis-satisfied there and is now applying for jobs in different parts of the country and also for the middle-east countries.

Mithilesh was his colleague in the bank at Indore. He also lost his bank job during pandemic. At that time Mithilesh and Animesh, both were shown a plan to build their own start ups by a successful entrepreneur. While Animesh joined another IT company and compromised with the salary, Mithilesh took the project to have his own start up at almost negligible investment with the guidance from his successful mentor. Today, after about one and a half year later, Mithilesh is earning good returns and is happy, while Animesh is still struggling. Even now, he believes that God has not given him the right opportunity.

This is a story told by Russell H Conwell more than 6000 times to people in villages, cities and different countries during the years 1900 to 1925. Let us read the story:

Al Hafed was a rich farmer in the south central part of India. He was having good property, farm lands, orchards, grain fields & gardens, and was living happily. He was a wealthy man. One day an old wise priest visited Al Hafed and asked him if he knew anything about diamond? Al Hafed had never heard about a diamond. The priest explained that with one single diamond he can purchase the entire city; with 2 diamonds, he can purchase the entire state and with few more diamonds he can become the King of the world. With such information in mind, Al Hafed could not sleep well in the night. Next day, he sold his farm, collected money and left in the search of diamonds.

He searched diamonds in Africa and then in Europe but could not find them. In the process he spent all his money and had nothing even to fill his belly. Ultimately in the Barcelona, Spain he surrendered his body to the whirling tides of the ocean.

Now, the farmer who purchased the farm from Al Hafed, took his camel into the garden to drink water and found a shining stone there. Curiously, he took that stone and kept it in his room and forgot about this. After a few days, the same old priest came to visit this new farmer and observed that shining stone. He asked: Has Al Hafed returned? The new farmer informed that Al Hafed has not returned and this shining stone was lying in his backyard only. The priest told him that this is not an ordinary stone, it is a diamond. Together they went to the backyard and stirred the white sand and found several valuable gems. That is how the diamond mine of Golconda was found. Kohinoor also was found from that mine.

Moral: In case, Al Hafed stayed at home and dug his own backyard, he could become the owner of acres of diamonds instead of losing all his money and committing suicide.

LESSON FROM THE STORY

Animesh in our story has been making lot of efforts to earn good money but after a long time still struggling to make both ends meet. Instead of all this, he had an opportunity to go for his own start up, like Mithilesh, which he could not recognize. It is quite possible that with such thought process he might have missed other opportunities also. This is just an example.

Two important lessons from the story are:

The cue is that your opportunities lie in your own talent, experience, expertise, city in which you live and your passion to grow.

HOW TO BE HAPPY ALWAYS

COMPANY TARGET OR YOUR OWN GOAL IN LIFE

YOUR NEW YEAR RESOLUTION WILL NOT FAIL

COMPANY TARGET OR YOUR OWN GOAL IN LIFE

WHY DO YOU NEED MENTAL CLARITY?

DO YOU TAKE BREAKS ON WAY TOWARDS YOUR GOALS

HOW TO FIND TIME FOR YOUR DREAMS